Production print is a tool that can find a happy home in businesses of all shapes and sizes--but now, with a little help from Xerox, it's just become a true game-changer. Read on to find out the latest manufacturer industry news on production printing with Xerox!

It's not every day that a solution as big as production print is taken to the next level, but that's exactly what Xerox has done. In a virtual event late last year, Xerox revealed several innovations that will change the production print game from existing customers and potential production-print-fans alike.

Here are the highlights:

The Color Accelerator module is all about expanding the capabilities of the Baltoro High Fusion Inkjet Press. By adding new media options, advanced automation, and even more impressive print capacity, Color Accelerator truly changes the game.

Xerox also unveiled two new machines: the Xerox Versant 280 Press and the Xerox Versant 4100 Press. The former is fast and impressive, boasting over a million colors, while the latter can print on thicker paper varieties with greater speed.

Want to stay up-to-date on all the best manufacturer industry news? Interested in production print? Contact us today!

It Matters Who You Work With!

EDGE Business Systems surveys its customers and uses the Net Promoter Score (NPS) to measure customer satisfaction. NPS is the gold standard of customer experience metrics. Scores range between 1-100 (100 being the best) and EDGE consistently scores in the mid-to high 90’s month after month. We pride ourselves on providing the best customer service in the industry. 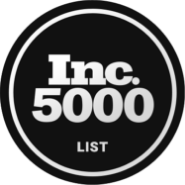